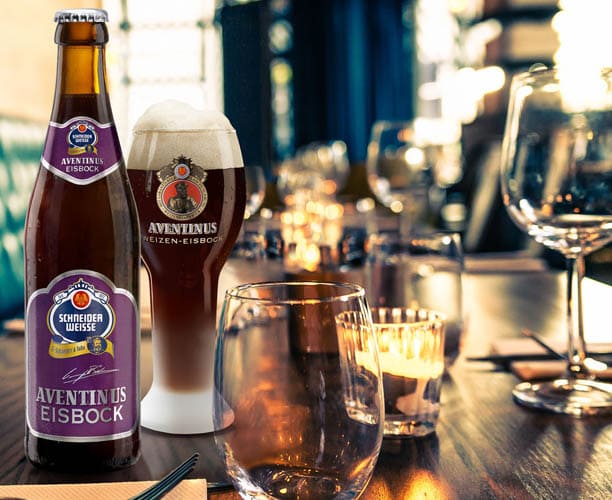 Aventinus Eisbock is a German beer Eisbock style, made with Hallertauer Herkules hops. Originally, it was a wheat Doppelbock, known to be the most complex and intense beer in the world. In 1940, it was shipped by mistake in containers lacking temperature control, so it partially froze during transportation. This is how the first Eisbock was born. Hans Peter Drexler , Schneider’s brewmaster, decided to recreate this “mistake” in the brewery’s modern facilities. The beer is left to mature following a special freezing process. This is how Aventinus Eisbock was reborn sixty years later. G. Schneider & Sohn was founded im 1872 in Munich.

Dark mahogany color. Sweet spicy aromas with hints of clove and pepper. Flavours of plum, banana, clove with notes of bitter almond and marzipan. It can be served with crepes, dark chocolate, Tiramisu and fully ripe parmesan cheese. 12% ABV.