Stone Go To IPA can 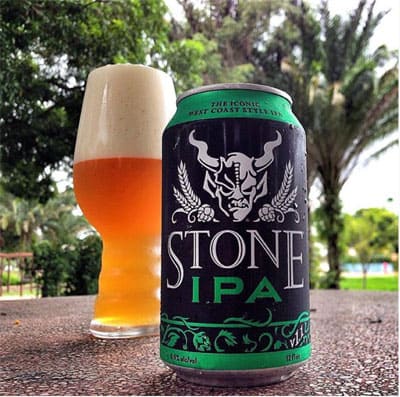 Stone IPA is a refreshing India Pale Ale with high alcohol content and high hopping rates. This IPA has a citrus aroma and a subtle malt flavour. It is made with Magnum, Chinook, Centennial, Azacca, Calypso, Motueka, Ella and Vic Secret hops. Stone IPA was launched in 1997 as an anniversary beer. At the time, Steve Wagner, the original brewmaster, enhanced this British classic by adding a heavy dose of Centennial, Chinook and Columbus hops. The result was a beer of intense flavour and great character. Greg Koch and Steve Wagner founded Stone Brewing in 1996 in San Diego. Nowadays it is the 10th largest craft brewer in the United States.

Stone Go To IPA can

Browse our website for the largest selection of the best wine and spirits. Shop fast, easily and securely and always at the best price. Your satisfaction is guaranteed.